A brief history of art therapy

I discussed a brief history of art therapy in part one, now continuing with the rest…

Development of the art therapy literature:

The evolution and history of art therapy literature can be traced throughout the evolution. Art therapy growth can be divided into three phases. Let’s do a deep dive and explore all three.

A brief history of art therapy, part I

Classical period in the history of art therapy:

In the midst of 20th century, many psychologists started to use the term ‘art therapy’ in their writings to expand their work with their clients. Since around this time, there was no formal art therapy training available, these writers were mainly trained in other fields and then mentored by psychiatrists, mental health professionals, and other analysts. The four writers who primarily contributed to the development and the history of art therapy during this period are Edith Kramer, Elinor Ulman, Hanna Kwiatkowska and Margaret Naumburg. The writings of these four authors continue to be used as sources in shaping the contemporary art therapy literature.

Naumburg is referred to as the primary founder of the American Art Therapy Association and is referred to as the ‘Mother of Art Therapy’. She is a pillar in the history of art therapy. Through her work in the innovative Walden school and later on in psychiatric settings, she developed ideas on how art can be used as a therapeutic approach. She began to write about the same in 1940s and this came to be later known as ‘Art Therapy’.

Being familiar with the ideas of Jung and Freud, Naumberg formed her ‘dynamically oriented art therapy’ to be mainly analogous to the psychoanalytic practices which were used during that time. The drawings and creativity of the client were used as a means to understand the unconscious thought processes of the client in a direct and uncensored format.

Naumburg mainly focused on techniques of psychoanalytic practices while Kramer went on a different way by adopting the concepts from the personality theory given by Freud. As per Kramer, the art therapy approach emphasized on the therapeutic potential of the ‘process of making art’. It focused on the central role of the mechanism of sublimation. Kramer’s experience of working in therapeutic schools allowed her to use her ideas and apply them in an educational setting to understand the implication of the same.

The maximum contribution of Ulman was as an editor and writer. Ulman found ‘The Bulletin of Art Therapy’ in the year 1961. The American Journal of Art Therapy came after 1970. Along with her writings, she also published a book that was a compilation of essays on art therapy. In one of her essays, ‘Art therapy: problems of definition’, provided a clear comparison between Kramer’s ‘art as therapy’ and Naumberg’s ‘art psychotherapy’.

Each of these pioneers of art therapy lectured widely about the topic and served as the former educators in the field. It was during this period that the first art therapy courses with degrees were offered in universities. 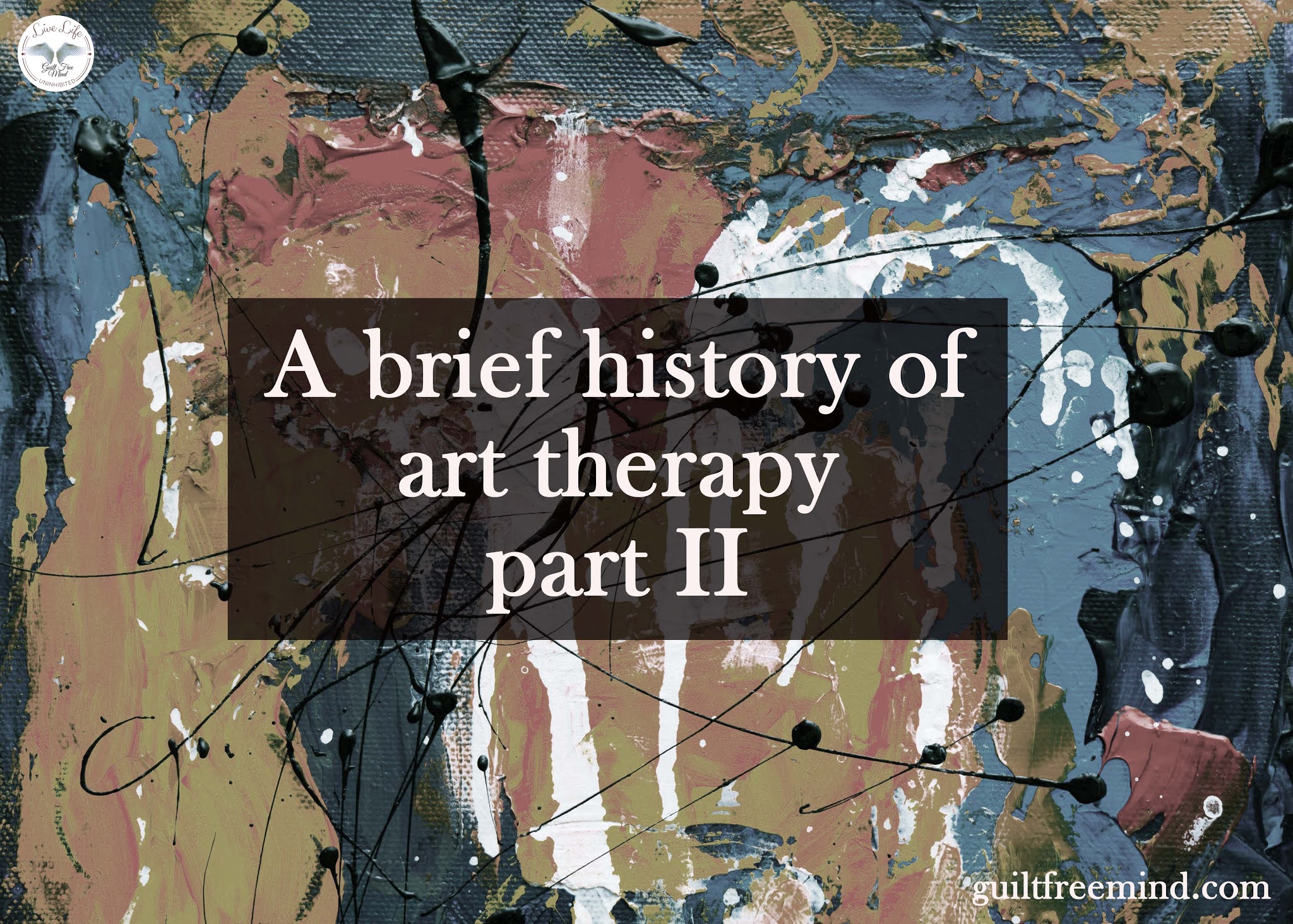 Middle years in the history of art therapy

From 1970s to mid 1980s, the history of art therapy noticed an emergence in the publications which focus on art therapy, even though psychoanalysis remained a dominant influence. The literature of art therapy also underwent enrichment during this period due to the introduction of new journals: ‘Art Psychotherapy’ in the year 1973 and ‘Art Therapy: Journal of the American Art Therapy Association’ in the year 1983. This increase in the number of publications along with the foundation of American Art Therapy Association in the year 1969 allowed for the professional identity of an art therapist to be involved.

The literature of art therapy continued to grow from 1970s. In the year 1974, Gantt and Schmal published a compiled biography pertaining to the topic of art therapy from the year 1940 to 9073. By the midst of the 1980s, art therapy book publication pace began to increase and there were more than 100 titles available. Around 1999, art therapists began to feel more comfortable with using an intuitive approach compared to the other mental health practitioners.

It was around this time that art therapy approaches got classified into different fields which are as follows:

In this history of art therapy, the humanistic approaches focused on understanding art from a humanistic perspective. In this approach, people are viewed to be in a continuous process of growth and development. They are believed to have the potential to take the responsibility of their fate into their own hands.

Even though the psychological theories which focus on learning generally tend to be less popular with art therapists, yet there are many art therapy authors whose work has been influenced by these approaches. These concepts are mainly worked upon by art therapists who generally work with children suffering from developmental and emotional disabilities.

Every art therapist understands that there is always more to be learned from the artwork creating process as well as when just weaving the finished product. The history of art therapy is not a tapestry which is to be hung in the museum but is a work which is alive and breathing and is always in progress.

There is a certain level of excitement in the weaving process as well as an admiring the work which has been completed. I do hope that you as the reader can appreciate the process of art therapy and the products as well as their implications which it brings along with itself.

If you have details on history of art therapy that you would like to share with everyone, please write it down in the comment section below. If you want me to feature your stories in my blog post, feel free to contact me on any of my social media channels. I would be glad to share your story with the world.

A guide to art therapy for newbies

How to find the best mental health clinic?

What Is Transcranial Magnetic Stimulation?

Signs of childhood trauma in adults